To honor the sacrifices of UN forces who fought in the Korean War, the Turn Toward Busan Commemoration was held at the UNMCK on 11 November, and was hosted by the Korean Ministry for Patriots and Veterans Affairs.

During the commemoration, people around the world are encouraged to face the direction of Busan and observe a moment of silence at 11:00 on 11 November in honor of the UN forces of the Korean War. 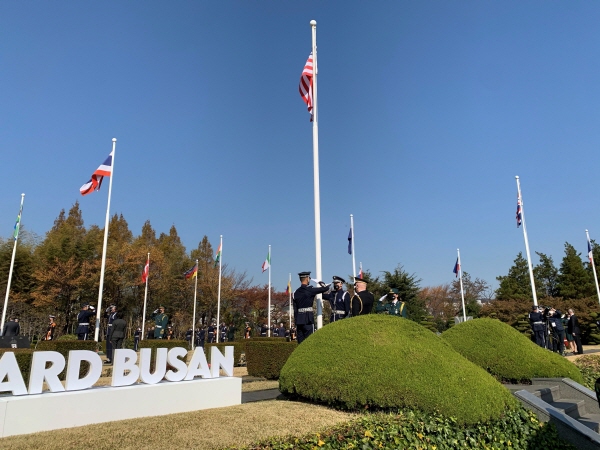 -Raising the flags of the sending states- 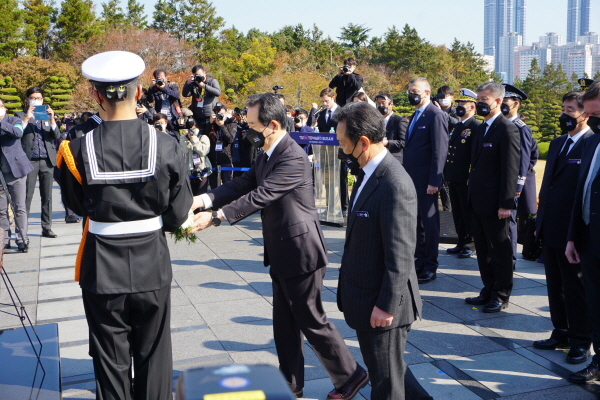 -The Prime Minster lays a wreath- 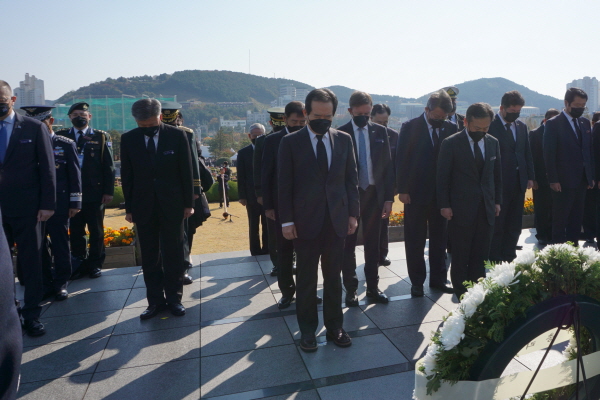 -Observing a minute of silence- 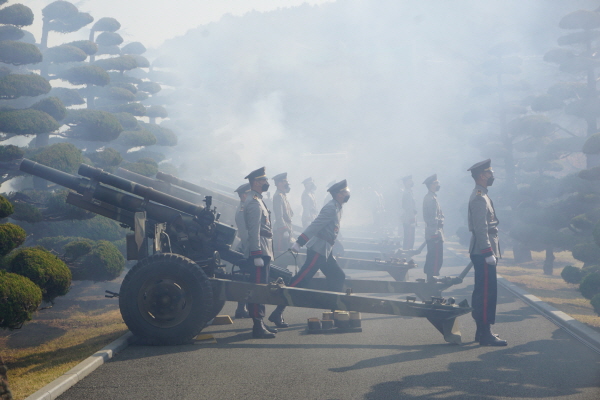 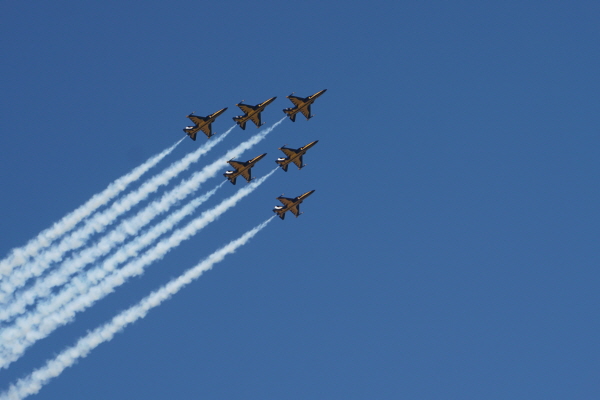 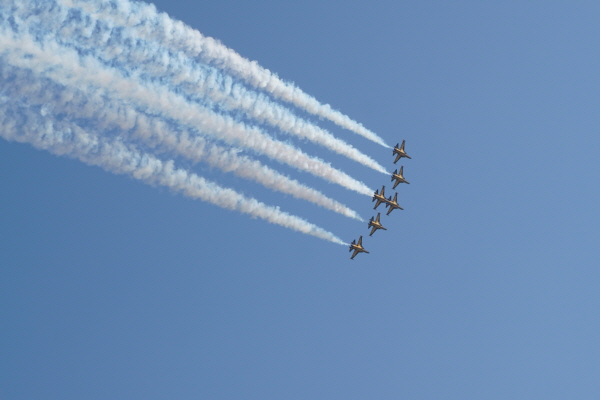 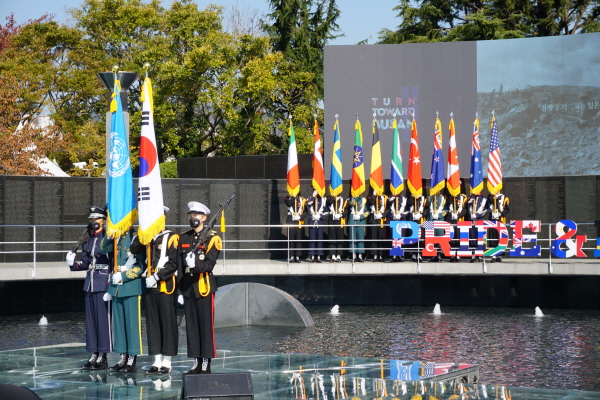 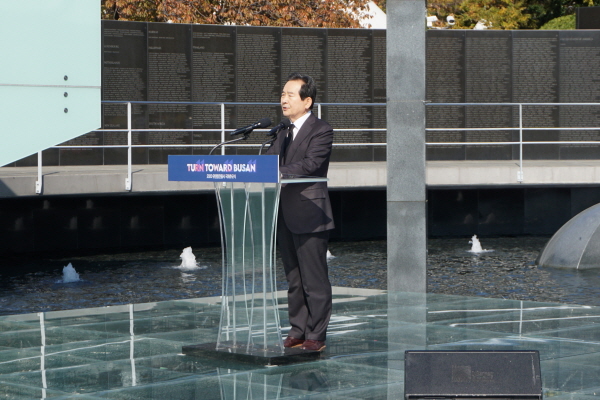 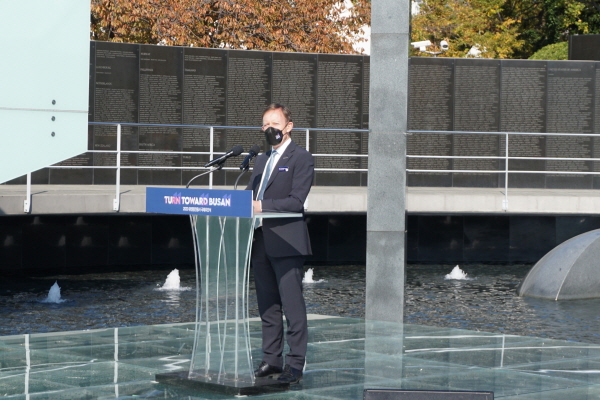