The management authority delegated by the CUNMCK, the Office manages day-to-day affairs of the UNMCK. 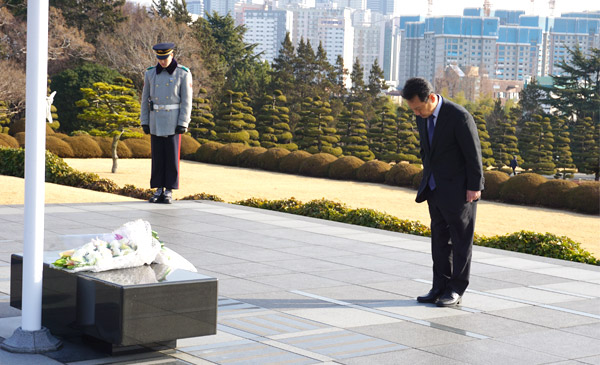 to the Official Homepage of the UNMCK!

The United Nations Memorial Cemetery in Korea is the final resting place of the fallen UN soldiers and war veterans who fought in defense of peace and freedom following the outbreak of the Korean War on the 25th of June 1950.

The Korean government and the United Nations concluded an agreement in November 1959 to establish this cemetery for the UN Forces as a sacred ground, in order to pay eternal tribute to those who fell in the Korean War, and to uphold the noble causes of freedom and peace for which they sacrificed their lives.

The UN Memorial Cemetery in Korea comprises monuments donated by the participating nations as well as Memorial Service Hall, Memorabilia Hall, Wall of Remembrance, and the UN Forces Monument, and receives an increasing number of official guests and visiting citizens of all nations who come to pay tribute and respect.

We respectfully request all visitors to comport themselves in a manner befitting a place devoted to honoring the brave volunteers from distant nations who nobly sacrificed their lives to secure the United Nations ideals of freedom and peace.