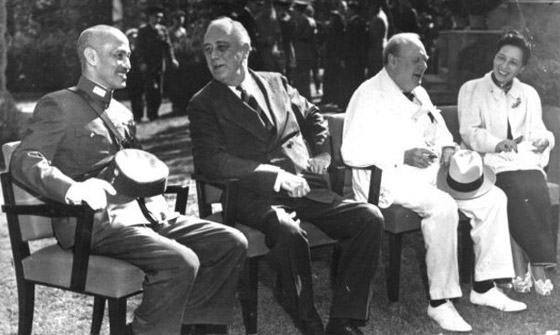 The independence of Korea was guaranteed by the Cairo Declaration of December 1943, and it was reconfirmed by the Potsdam Declaration of July 1945. The Korean Peninsula was divided into the South and the North by a Military Demarcation Line in accordance with a US and Soviet military agreement. The American, British, and Soviet foreign ministers agreed to execute Trusteeship for 5 years on Korea when they met in Moscow in December 1945. Korea fell into a political chaos strongly objecting the Trusteeship, although left wing parties followed orders by the Soviets.

In spite of holding US-Soviet Joint Commissions twice, once in 1946 and again in 1947, in search for a solution to bring about an end to the objections by the political parties in the South, the meetings broke up in vain. The US, unilaterally over-riding Soviet objections, raised the Korean issue at the UN in September 1947 and exposed Korean suffering caused by ideological differences and rivalry between the US and the Soviets to the world. The UN General Assembly, in November 1947, decided to send a temporary UN Commission to Korea in order to supervise the up-coming general election. However, the Soviets, the power in charge of executing the Trusteeship of North Korea, barred the commission from entering North Korea. As a consequence, only South Korea held a general election in May 1948, setting up a Korean government in August. Following the election, the 3rd UN General Assembly meeting recognized the government set up in the South as the legitimate government on the Korean Peninsula in December of 1948.

Meanwhile, Il-sung Kim of the North organized the Supreme People’s Assembly, held an election, and promulgated “Democratic People’s Republic of Korea” in September of the same year, which only communist nations recognized. Thus, it began the division of Korea into the South and the North. North Korea began to demand withdrawal of US and Soviet forces from Korea. The Soviet forces, conveniently bordering North Korea, began to move its troops across the border in October 1948, while South Korea, being so distant from the US, asked the US to continue its presence in the South. The South Korean request postponed the US withdrawal for a while, but eventually the withdrawal was completed leaving about 500 US military advisors in the South as of June 1949.