On 7 April, the UNMCK had the honor of hosting the interment ceremony for Korean War veteran Mr. Boyd L. WATTS (USA), who passed away on 11 March of natural causes. From December 1950 to January 1952 Mr. Watts served honorably with the 70th Tank battalion, for which he received the Korean Service Medal and the United Nations Service Medal.

The ceremony was attended by members of the Watts family and friends, as well as representatives from the Korean Ministry of Patriots and Veterans Affairs, The United States Naval Forces Korea, the US Consulate Busan. 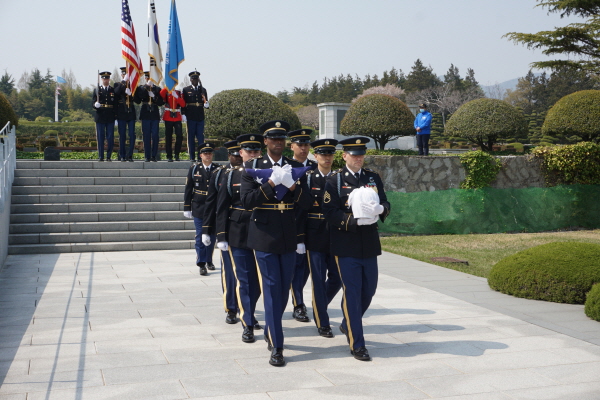 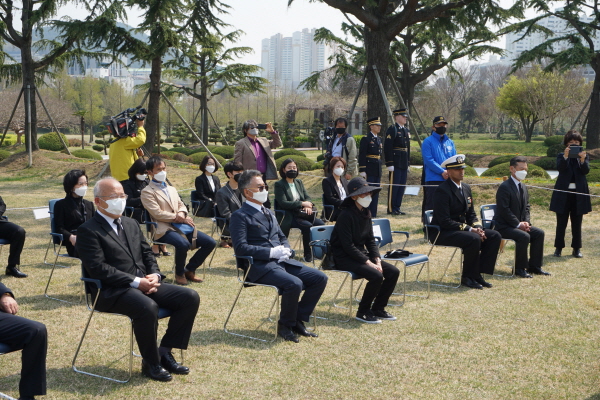 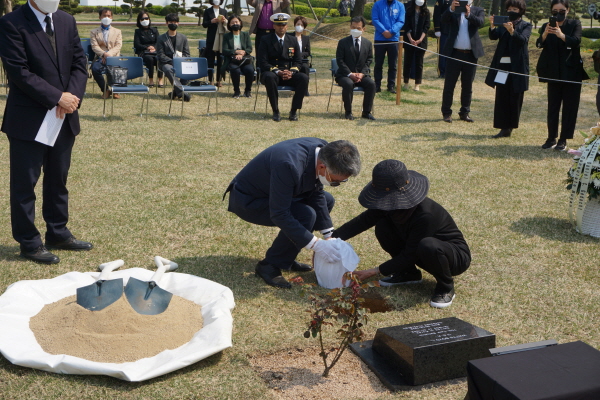 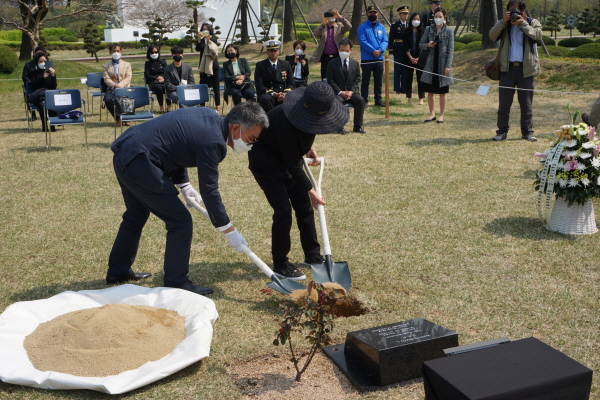 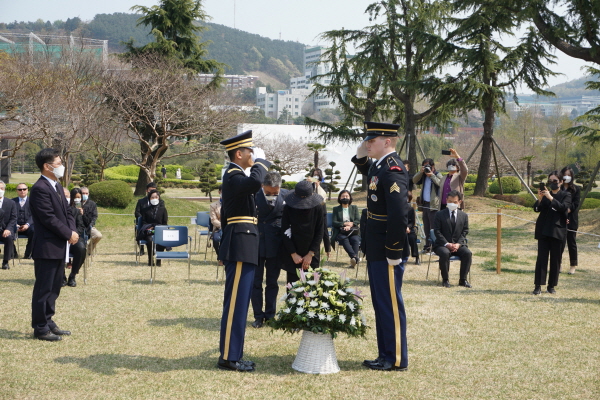 -The Watts family lays a wreath- 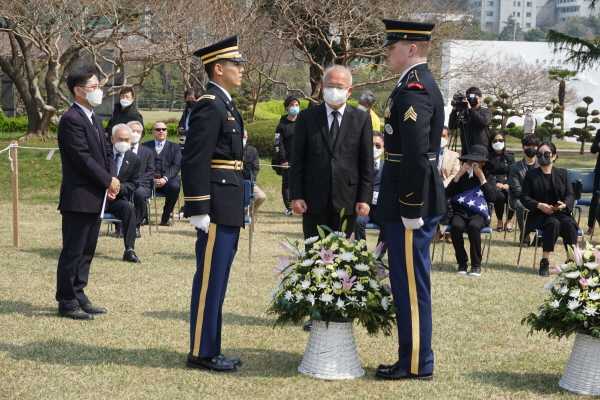 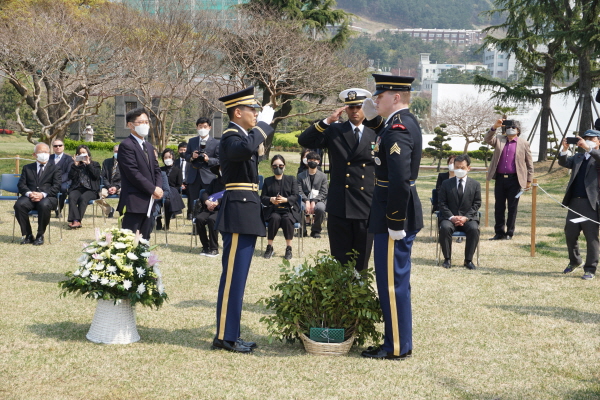 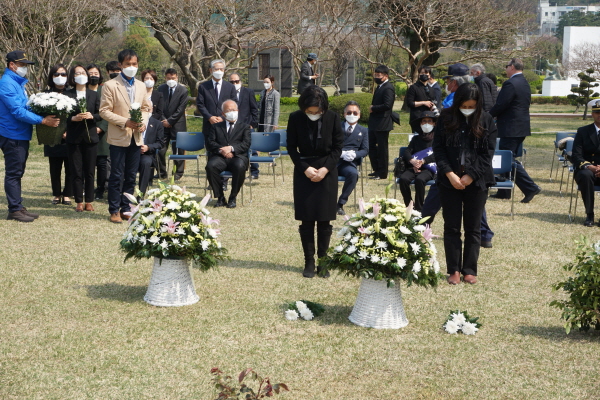 -Members of the Watts family pay their last respects-
List