Miss Asia Lee Campbell, also known as the granddaughter of the Korean War veterans, has been appointed as the Youth Ambassador for Public Relations of the UNMCK.
The Office of the United Nations Memorial Cemetery in Korea (Custodian Lee Younsoo) stated that Miss Campbell will start her role as Youth Ambassador by attending the commemoration event for the UN Forces Day on July 27th as well as by actively interacting with Korean War veterans. She will also send messages to the world that the UNMCK is a holy ground representing peace and freedom.
Miss Campbell said she will try her best to help people around the world, including those of Korea, to know more about the Cemetery and also to remember the stories of the interred.​ 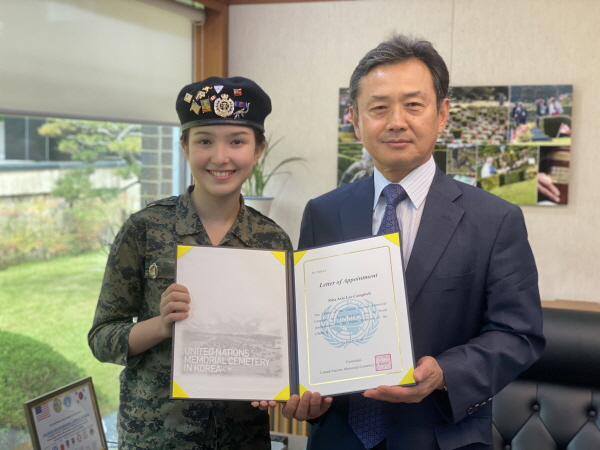