A total of 36 war-era ROK soldiers are buried at the UNMCK, which includes 5 unknown soldiers. From November 23rd, the ROK Ministry of National Defense has been collecting genetic samples from these remains in an effort to identify them. This work is expected to be completed in early December. 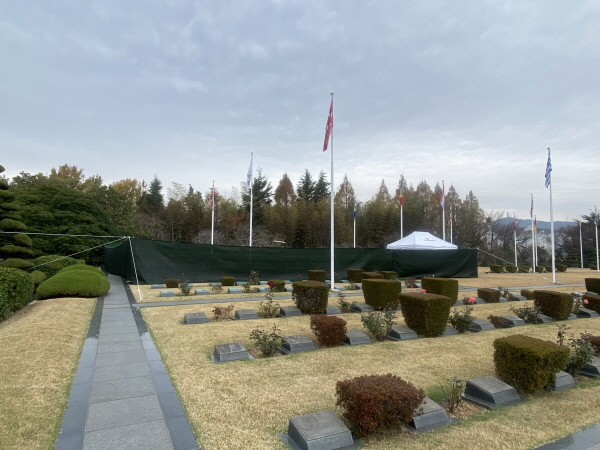 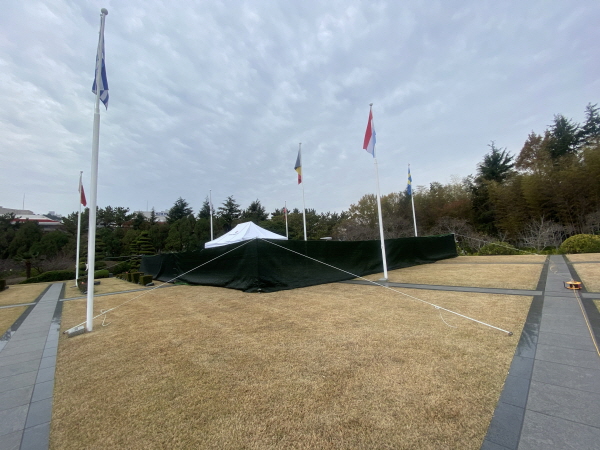 -A screen has been installed to protect the dignity of the gravesites. -
List