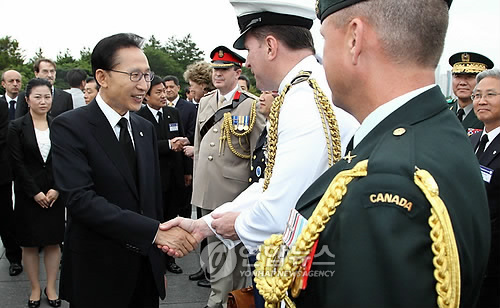 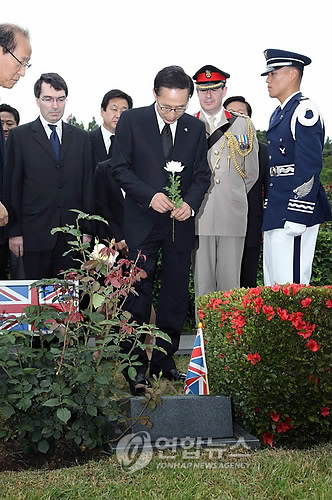 President Lee Myung-bak (L foreground) shakes hands with military attaches from countries that participated in the 1950-53 Korean War during his visit to the UN Memorial Cemetery in Busan, South Korea, on 18 June 2010. Lee is the first South Korean president to visit the cemetery in 44 years. The cemetery is home to about 2,300 UN troops from 11 nations who were killed in the war while fighting on the side of South Korea under the UN banner against invading North Korean forces. EPA/YONHAP NEWS AGENCY