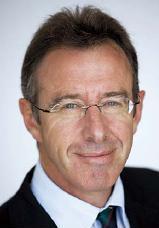 They lie at rest in the soil of a country that was not their own, far from their homeland. They are among the 34 New Zealand soldiers and seamen who are buried in the U.N. Memorial Cemetery in Busan. A total of 45 New Zealanders gave their lives to defend South Korea’s freedom.

Sixty years ago this month, New Zealand was one of the first countries to answer the U.N.‘s call to defend South Korea.

Within four days of the invasion from the North, New Zealand offered to send two naval frigates -- HMNZS Tutira and Pukaki. By August 1950 our frigates were escorting supply ships between Japan and the port of Busan. Six New Zealand naval ships would serve in Korea during the war.

New Zealanders also rallied when volunteers were sought to join the ground forces under U.N. Command. The first deployment of 1,000 soldiers was sent to Busan in December 1950.

By the end of the war, more than 6,000 New Zealanders had served in Korea, the second highest contribution per capita after the U.S.

Three-quarters of the New Zealanders served under the U.N. Command as infantrymen, signalers, drivers, engineers and gunners. The gunners played a vital role in supporting Australian and Canadian battalions in the Battle of Kapyong in April 1951.

The other New Zealanders served at sea, patrolling mainly in the West Sea and helping to protect South Korean-held islands. Among their responsibilities during the war was to escort ships carrying the attack force for the Incheon landing.

The New Zealand forces left behind part of our culture: the popular Korean folk song Yeon-Ga is based on the melody of a beloved Maori ballad Pokarekare Ana, which New Zealand soldiers and seamen sang to local children while serving in Korea.

The New Zealand forces also left behind an enduring friendship which lives on between New Zealand and South Korea, and which is the foundation of our wide-ranging, vibrant relationship.

They and the other U.N. and South Korean forces made possible the extraordinary political, economic and social development that South Korea enjoys today. They made it possible for subsequent generations of South Koreans to live in freedom and to prosper.