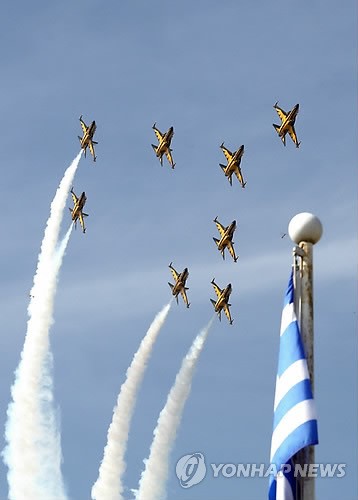 The Black Eagles aerobatic flight team, part of South Korea's Air Force, performs during a ceremony at the U.N. Memorial Cemetery in South Korea's southern port city of Busan, 24 October 2012, to pay tribute to fallen Allied troops buried at the cemetery as part of activities to commemorate the U.N. Day on the same day. EPA/YONHAP