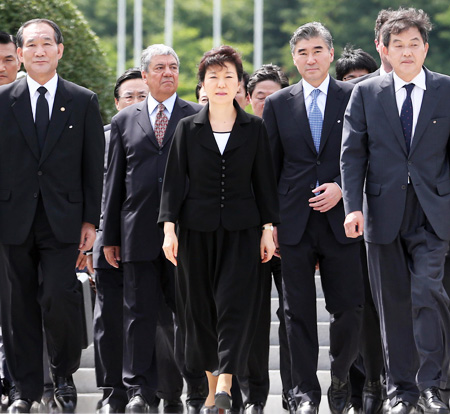 President Park Geun-hye along with other officials walk toward the site for a memorial service for United Nations soldiers killed in the 1950-53 Korean War at the U.N. Memorial Cemetery in Busan, Monday. The Korean War ended with a cease-fire, not a peace treaty, on July 27, 1953, leaving the two Koreas technically at war. At second from right is Sung Kim, U.S. ambassador to Korea, and at left is Park Sung-choon, minister of Patriots and Veterans Affairs.
/ Yonhap
List