February 15, 2019 The Korea Times/Remains of British Korean War hero to arrive in S. Korea for burial at UN cemetery

Remains of British Korean War hero to arrive in S. Korea for burial at UN cemetery 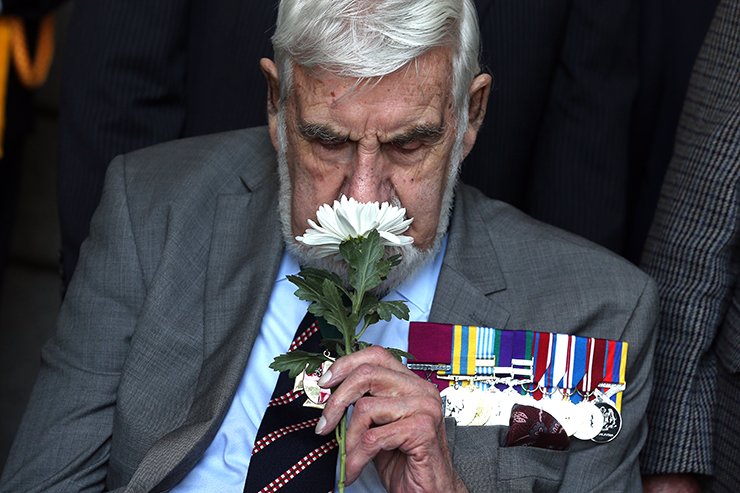 The remains of a British hero of the Korean War will arrive in South Korea next week for burial at a United Nations cemetery in Busan, a southern port city, the government here said Friday.

The Ministry of Patriots and Veterans Affairs said that the remains of the late William Speakman will arrive at Incheon International Airport, west of Seoul, Monday afternoon ahead of burial at the UN Memorial Cemetery in Busan the following day.

The ministry said the remains of Speakman will be transferred to Busan in accordance with his wish to be buried in Korean soil. Four members of his family will travel to South Korea carrying his remains, it noted.

Speakman will be the seventh Korean War veteran from the U.N. allied forces to be buried at Busan's UN cemetery after dying in their home country.

Soon after his remains arrive at the Incheon airport around 4 p.m. Monday, the government is to hold a ceremony marking the return of the British hero, with the attendance of Minister of Patriots and Veterans Affairs Pi Woo-jin, Britain's ambassador to Seoul and Speakman's relatives.

Speakman's remains will be moved to Busan's UN Memorial Cemetery Tuesday after spending one night at the Seoul National Cemetery. 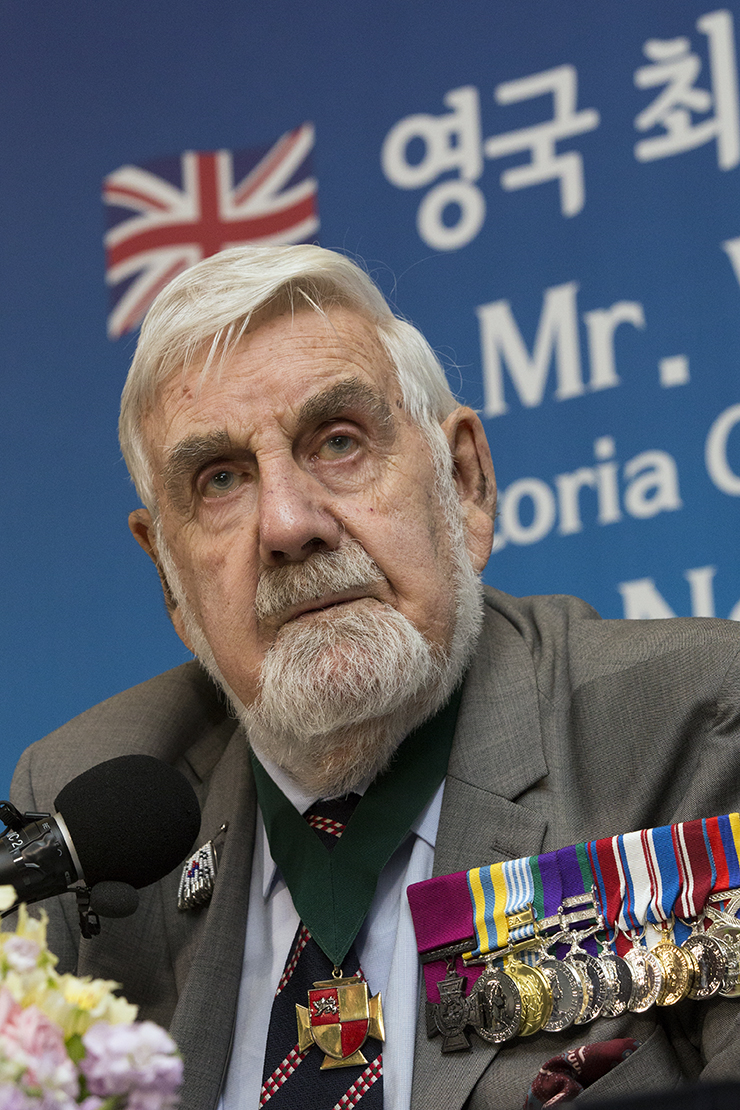 President Moon Jae-in earlier instructed the ministry to pay extraordinary attention to the burial of the British war hero and to the temporary stay of his family in South Korea, it said.

Speakman received the Victoria Cross, the highest and most prestigious award of the British honors system, for his bravery during the 1950-53 Korean War. The British government even named a building and a bridge in his hometown of Manchester after him.

During a battle on Mount Maryang at the mouth of the Imjin River in November 1951, Speakman displayed bravery and courage that earned him fame. Speakman, 24 years old at that time, held off advancing Chinese troops by throwing dozens of grenades and engaging in hand-to-hand fights for more than four hours until British troops could withdraw safely. Speakman sustained a serious leg injury during the combat.

He was transferred to Britain in January 1952 but volunteered to return to Korea three months later.

Speakman expressed his wish to have his remains scattered over Korean soil during his visits to South Korea in 2010 and 2015. (Yonhap)