SEOUL, Nov. 30 (Yonhap) -- A burial ceremony for a U.S. veteran of the 1950-53 Korean War was held Saturday at the United Nations-run cemetery in the southern port city of Busan.

The remains of Kurt Dressler were buried at the UN Memorial Cemetery in the southern port city of Busan. He died on Oct. 26 at the age of 92.

Dressler also served in World War II and the Vietnam War. He was discharged from the military after 21 years of service.

Dressler is survived by his wife, Wol Yo Dressler.

Dressler was the 10th war veteran to be buried in the cemetery individually after the Korean War.

About 2,300 war veterans from 11 countries are buried at the cemetery, including veterans from Australia, Canada, Britain and Turkey.

During the three-year war, 21 countries sent around 1.96 million soldiers and medics here. Of them, more than 40,000 were killed in action and nearly 10,000 are still missing, according to Seoul government data. 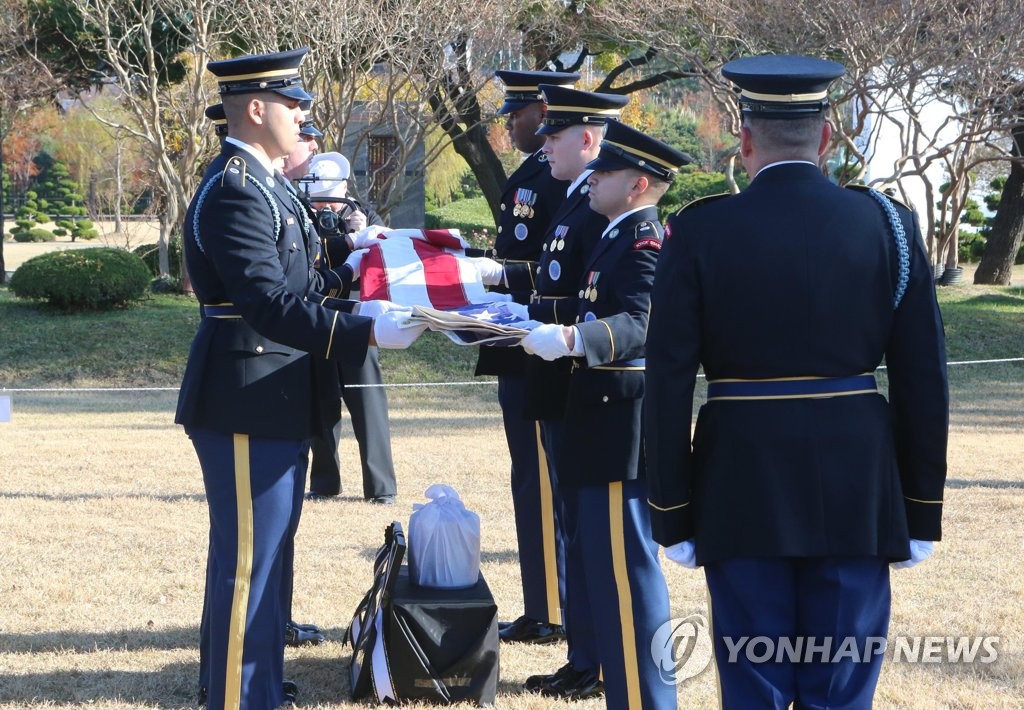