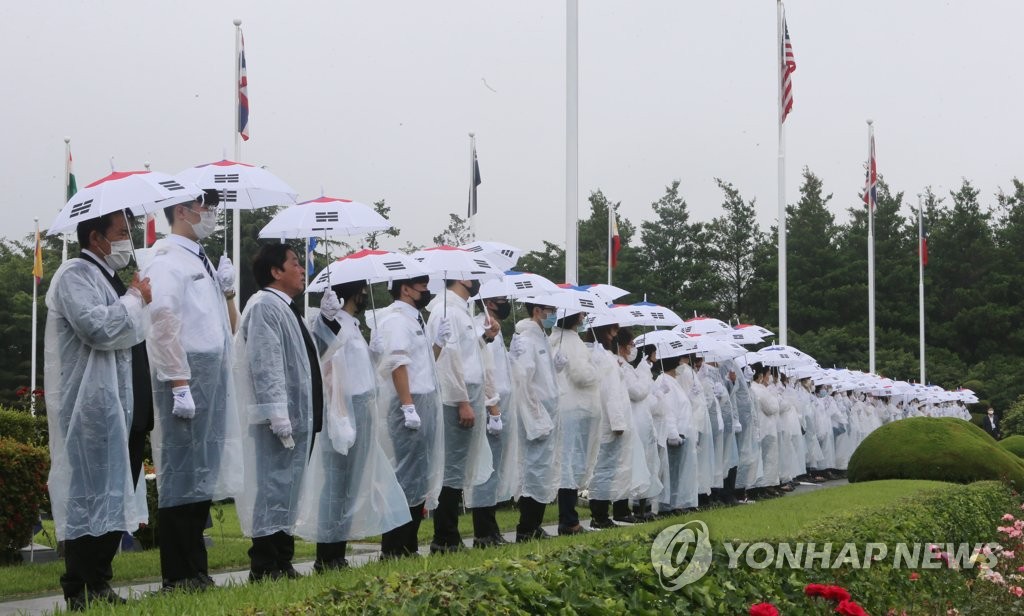 Members of the Korea Freedom Federation pay tribute at the U.N. Memorial Cemetery in Busan on June 25, 2020, the 70th anniversary of the 1950-52 Korean War. Sixteen nations fought for South Korea under the U.N. flag during the war. (Yonhap)
(END)