In commemoration of the 75th anniversary of UN Day, a commemorative event for UN Day organized by Busan City was held at the UN Memorial Cemetery.

The commemoration was attended by more than 100 people, including the Acting Mayor of Busan, the Chairman of the Commission for the United Nations Memorial Cemetery in Korea, ambassadors and diplomatic envoys from the participating countries, and key figures from the Busan region.

National flags of 11 countries entered (the honor guard) and after the national anthem, commemorative speeches were given by Byun Seong-wan, Acting Mayor of Busan, Ambassador of the Netherlands to Korea, Joanne Doornewaard (Chairman of CUNMCK), and Byung-Ha Chung, Director General for the International Organization Bureau from Korean Ministry of Foreign Affairs.

The event ended with a memorial performance by a chorus. 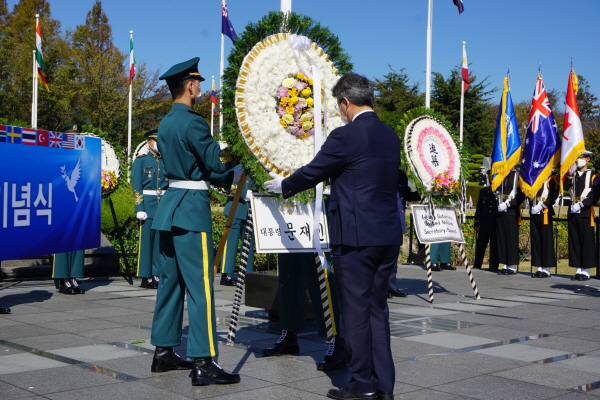 -President of the Republic of Korea (Byeon Seong-wan, Acting Mayor of Busan City)- 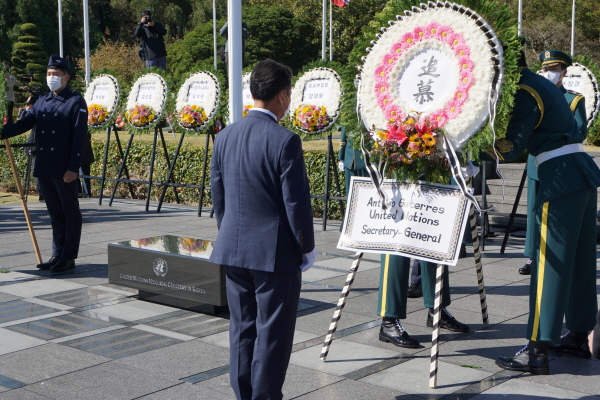 -Wreath-laying on behalf of the Secretary-General of the United Nations (Amb. Younsoo Lee, Custodian of the UNMCK)- 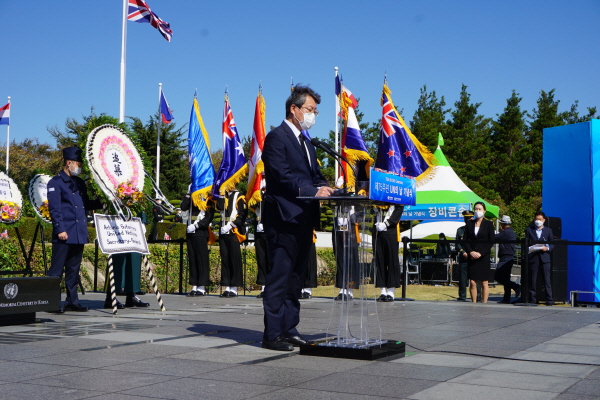 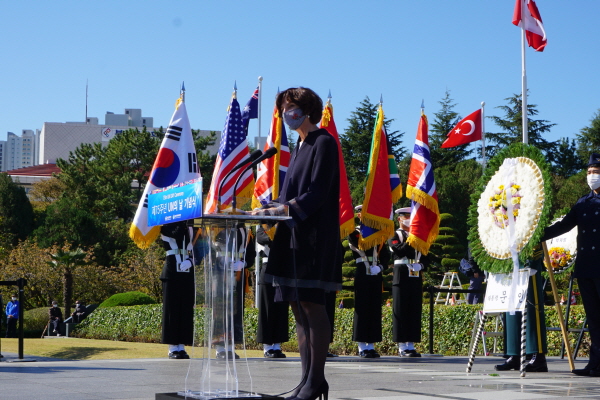 -Ambassador Joanne Doornewaard of the Netherlands- 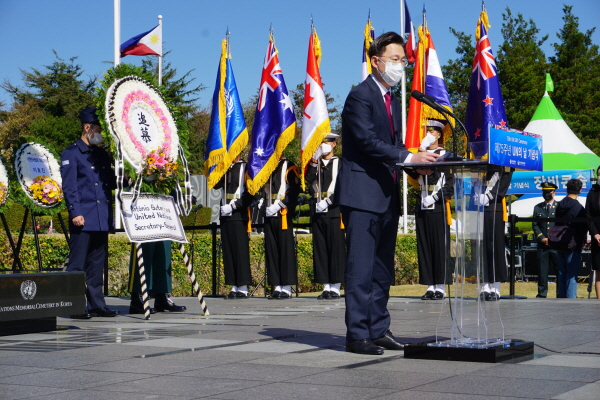 -Address by Byung-ha Chung, Director General of International Organizations of the Ministry of Foreign Affairs- 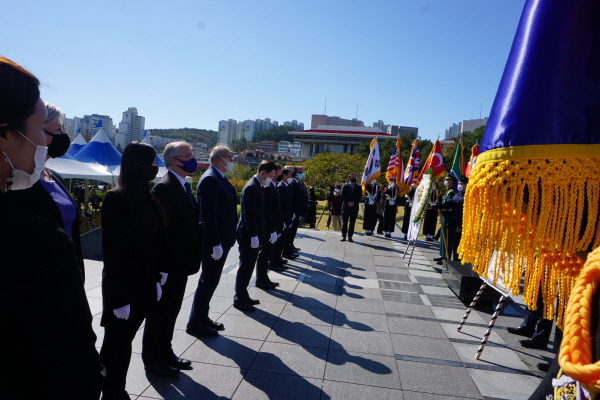 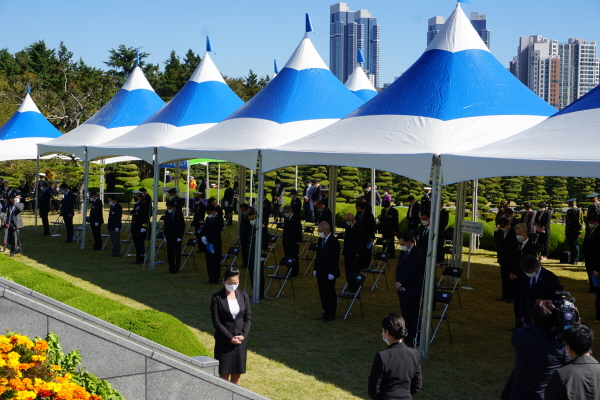 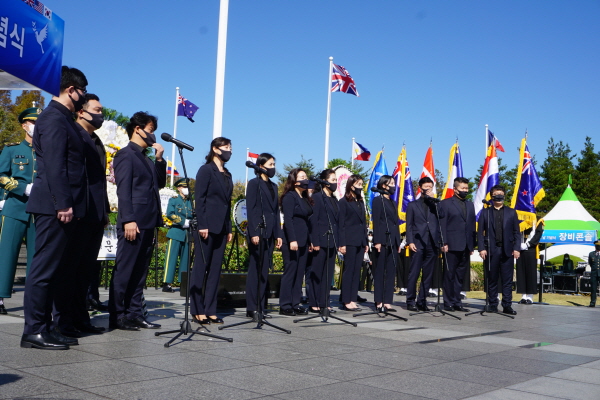 ​After the ceremony to commemorate United Nations Day, the UN Day Commemoration Luncheon hosted by the Busan City was attended by
Amb. (Ret’d) Lee Youn-soo, Custodian of the UNMCK, and representatives of the Commission for the UNMCK. 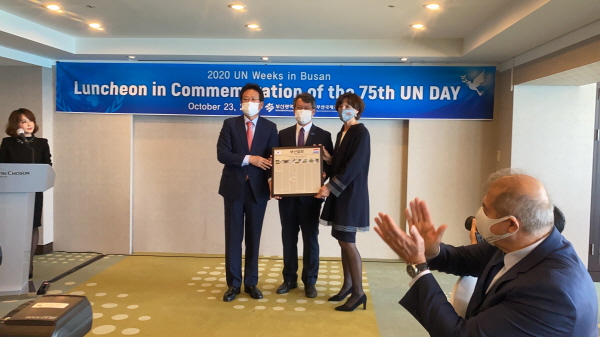 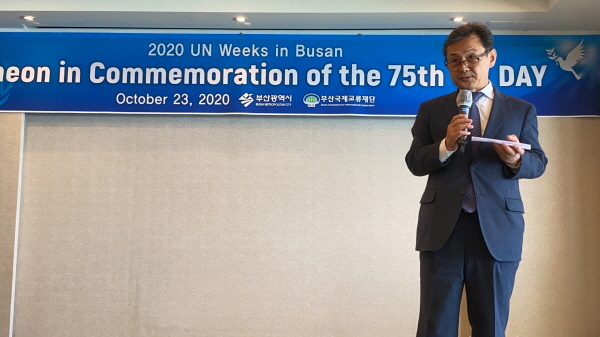