Greece, located in southeastern Europe, dispatched 840 infantrymen of the Royal Hellenic Battalion and one transport plane squadron to help South Korea during the Korean War. The battalion arrived in the southeastern city of Busan on Dec. 9, 1950. Once equipped and trained, it was assigned to the 7th Cavalry Regiment of the 1st U.S. Cavalry Division.

Greek soldiers demonstrated their combat capabilities when they were defending Hill 381 near Icheon. They also played a key role in the battle of Hill 313 in Yeoncheon, during which the Greek Battalion fought against enemy units under the command of the Chinese Communist 141st Division and the 140th Division. 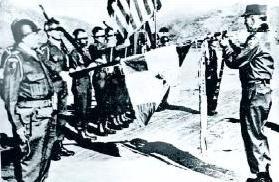 Other key battles of the Greek Battalion include that of the Bukjeong Pass, when it fought against enemy units under the command of the Chinese Communist 130th Division. After taking over the duty of defending the main resistance line on July 20, 1953, the battalion defeated the last offensive by the Chinese Communist Army intending to expand territory before the cease-fire agreement. The U.S. brigade commander at that time insisted on pulling out from the area before the battle to minimize loss ahead of the cease-fire, but the Greek battalion continued to defend the defense line, fearing serious damage that could be conceded after its withdrawal. As a result, the pass was included in the south side after the cease-fire agreement was signed.

Greece also sent the 13th Greek Air Transport Flight, which supported the battle of the Changjin Reservoir after it arrived in Japan on Dec. 1, 1950. It supported the U.S. marines and played an important role in bringing back casualties from the front.

A total of 192 Greek soldiers were killed in action during the Korean War.

After the cease-fire agreement, the Greek air force was withdrawn in May 1955 and ground troops in December 1955. (hayney@heraldm.com)

Colombia was the only country in Latin America that dispatched troops to fight alongside South Korea during the Korean War.

Upon receiving the U.N. resolution to dispatch troops to Korea, Colombia declared that it would send an army battalion and a frigate ship. However, their financial difficulties at home delayed actual dispatch of troops and they had to negotiate with the U.S. on matters of weaponry, training and supply. Colombia first sent naval war vessels, and later sent ground troops to Korea on June 16, 1951. Among the U.N. member nations, these troops were the last to arrive in Korea. 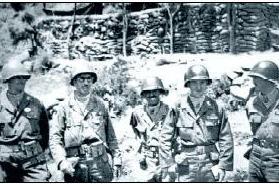 Top officers of a Colombian battalion pose for a photo. The U.N. Memorial Cemetery in Korea

Consisting of 39 officers, 172 non-commissioned officers and more than 800 enlisted personnel, the French Battalion departed Marseilles on Sept. 25, 1950, arriving in Busan on Nov. 30, 1950. After receiving U.S. weapons and vehicles, the battalion was attached to the 23rd Infantry Regiment of the 2nd U.S. Army Division, with whom it served until the end of the hostilities on July 27, 1953.

In particular, the French Battalion demonstrated their bravery at the battle of Chipyongri in February 1951, and after this battle the U.S. soldiers of 23rd Infantry Regiment came to recognize French soldiers’ combat capabilities. 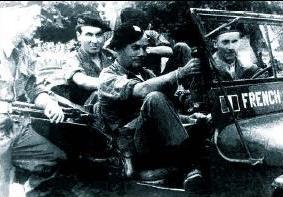 Lieutenant Colonel Monclaude, who headed the French battalion, was a man with a special career. During World War II, he served as a lieutenant general of the French Army. After the war, he retired, but when the Korean War broke out and the French government decided to dispatch troops, he volunteered to fight in Korea. He became commander of the French Battalion as lieutenant colonel, but members of the U.N. headquarters and the 8th U.S. Army were aware of his career. Thus, everyone called him “General Monclaude.”

The French Battalion fought with the 23rd U.S. Regiment, blocked the Chinese forces’ southward advance, and played an important role in establishing bases for counterattack through the Battle of Wonju, Battle of Twin Tunnels and Battle of Heartbreak Ridge. (sophie@heraldm.com)

Ethiopia was attacked by Italy in 1935. Because of this experience, Ethiopia strongly supported the vision that the U.N. must take collective action to maintain world peace. Although Ethiopia was not a rich country, they followed the U.N. decision to dispatch troops to Korea.

The Ethiopian Battalion arrived in Korea on May 6, 1951. Upon arrival in Korea, the Ethiopian soldiers were armed with U.S. equipment, and got eight weeks of adaptation training. It took quite a long time for the soldiers to adapt to a new modern weapons system and unfamiliar tactics, but they were quite enthusiastic about their training. 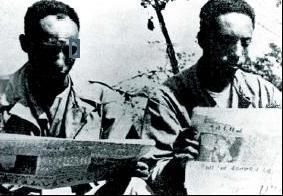 Three days after the Ethiopian Battalion was committed to the front, they had the first engagement with the Chinese forces at Bongdangdeokri in Hwachon area. They won the four-hour battle, and through the battle the Ethiopian soldiers came to have confidence in combat. After that, they played a part in blocking Chinese attack in the central forward area. (sophie@heraldm.com)