Thailand was the first Asian country to assist Korea.

On June 30, 1950, just five days after the war broke out, the Southeast Asian country decided to send four tons of rice in support of the U.N. resolution.

Though Thailand traditionally remained politically neutral in international affairs, they decided to stand by the United Nations in its efforts to “secure the blessings of freedom for mankind.”

A battalion-size unit of 1,000 soldiers, two frigates and a C-47 Royal Thailand Air Force aircraft were dispatched to war-stricken Korea.

The Thai soldiers’ contribution to South Korea’s defense was most conspicuous in the Battle of Pork Chop Hill in November 1952. 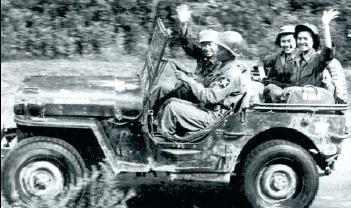 They also fought in the mid-point between Pyongyang and Gimhwa until the cease-fire agreement was signed in 1953, thus keeping the border area in the South side.

The Thai army withdrew one by one, with the navy in January 1955 and the last troops finally left in June 1972.

A total of 129 Thai soldiers were killed and 1,139 were injured during the war.

When the Korean War broke out, New Zealand, member of the British Commonwealth, agreed to send war vessels according to the U.N. Security Council resolution. Then two RN LOCH-class frigates sailed for Korea on July 3, 1950, and arrived in Korea on July 30, 1950. Upon arrival in Korea, New Zealand troops supported the U.N. naval operations, and later eight New Zealand war vessels took turns to participate in the Korean War until the truce agreement was signed.

Besides, on July 26, 1950, the New Zealand government announced it would raise a volunteer military force to serve with the U.N. forces in Korea. Known as “Kayforce,” a total of 1,044 men were selected from volunteers. Kayforce arrived in Busan on Dec. 31, 1950. Initially attached to the 27th Commonwealth Brigade, Kayforce went into action on Jan. 29, 1951. In July 1951, Kayforce became part of the newly formed Commonwealth Division. 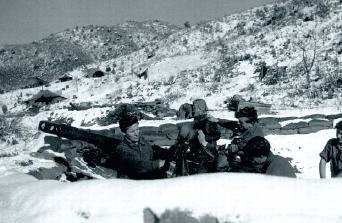 The Republic of South Africa, located on the southern tip of the African continent, was very supportive of any kind of U.N. activities, so that when the Korean War broke out they issued a statement in support of the U.N. Security Council resolution on July 1, 1950. It discussed supporting methods with the U.S., got approval of their support plan from the South African Congress and finally decided to dispatch a fighter squadron. The squadron departed Durban Port on Sept. 4, 1950 and arrived in Yokohama, Japan, on Nov. 5, 1950.

The Republic of South Africa dispatched air force support only. The role of South African 2nd Fighter Squadron was mainly aviation support and interdiction missions as one of the squadrons making up the U.S. Air Force’s 18th Fighter Bomber Wing. For their mission, they used 16 F-51D Mustangs supplied from the U.S. 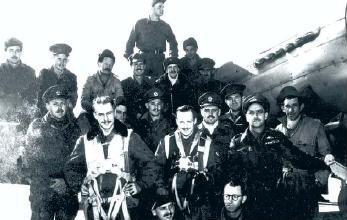 South African pilots pose with ground staff.
The first operational sortie was flown to the northern side of the Cheongchun River in the western forward area. It was a time when the U.N. forces were retreating south, and the squadron’s objective was to strike the enemy’s assembly areas and field supply installations. They had unfortunate accidents right after they began their mission. Two of their combat planes crashed during landing, mainly because of the poor conditions of the landing strips. Afterward, the South African forces successfully carried out their interdiction mission by bombing railroads, bridges, tunnels and railway switchyards all over North Korea. (jylee@heraldm.com)

Among Asian and African countries, the Philippines and Ethiopia dispatched battalion-size forces. However, their weapons were in poor condition and they had little training, so it took some time before they were ready for combat.

After independence, the internal situation in the Philippines was quite unstable, because of the frequent engagements with communist insurgents.

However, the government of the Philippines dispatched 17 tanks first and a regiment later. On Sept. 2, 1950, the Philippines Battalion held a ceremony for the overseas dispatch of troops at Lazare Memorial Stadium for the first time in their history. The Philippines was the third U.N. country to dispatch ground troops to Korea, following America and Britain. 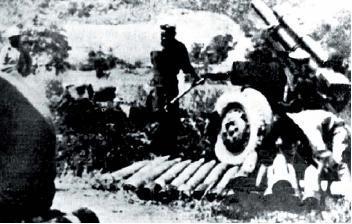 Filipino soldiers prepare for battle.
The Philippines Battalion was armed with U.S. equipment. They arrived in Korea on Sept. 20, 1950, and finished ten days’ adaptation training. At first they were committed to the rear area to sweep for guerillas, but later they were sent to the front.

The Philippines Battalion was assigned to the U.S. 65th Regiment and distinguished itself in attacking Mount Gunja near the Imjin River. In the battle of Mount Gunja, one rifleman of the Philippines Battalion destroyed an enemy machinegun post while under fire. One machinegun gunner continued delivering fire support till the end, even though he was badly wounded, and a medic successfully evacuated casualties at the risk of his life. They served as a role model not only for soldiers from the Philippines, but also from the U.N. forces. (jylee@heraldm.com)

The Luxembrg Platoon was the smallest among the U.N. forces, smaller than the minimum requirement of 1,000 troops for combat deployment.

With a small population of 200,000, the western European country decided to dispatch troops by including its platoon in the Belgian Battalion.

Ultimately, Luxembrg sent a 44-member volunteer infantry platoon to support South Korea in November 1950. This unit served as part of the Belgian Battalion that was assigned to the 3rd U.S. Infantry Division throughout the war. 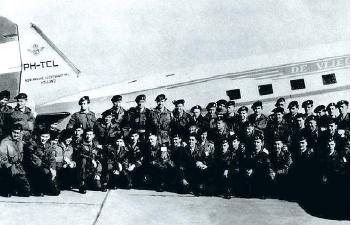 Luxembrg soldiers pose before departing for Korea.
Among some of the key battles of the Belgium and Luxembrg Battalion is that of Mount Geumgul, during which it met with the Chinese Communist 1st Spring Offensive. If the Chinese Communist Army had captured the area, the critical roads over the Jeongok-Yeoncheon-Cheolwon line could have been cut off, endangering retreating troops on the South Korean side. The battalion defended the area successfully until the retreat of all troops was completed.

During the Battle of Hakdang-ri, the Belgium and Luxembrg Battalion fought against enemy troops under the command of the Chinese Communist 78th Division. While carrying out the outpost guarding duty at Hill 388 located near the region, the battalion defeated Chinese Communist attacks launched twice on the night of 1951 Oct. 11, and another attack the following night. The battalion transferred its position to the 2nd battalion of the 65th Division and became a reserve unit after this battle.

Two Luxemburg soldiers were killed in action during the Korean War.

After the cease-fire agreement, the Belgium and Luxemburg Battalion left in June 1955. (hayney@heraldm.com)

The Dutch battalion was well-trained and had a strong sense of responsibility during the Korean War.

The Dutch battalion arrived in Korea on October 24, 1950, and finished adaptation training by the end of December 1950. Then the battalion was assigned to the U.S. 2nd Division and took part in fierce battles in the central forward area. Particularly important was the battalion’s engagement with the North Korean 5th Army at the battle of Wonju. At this battle, the Dutch soldiers killed or captured 1,100 North Korean troops in an astonishing military achievement.

Among other key battles was that of Hoeseong in which the Netherlands Battalion fought against the Chinese Communist Army’s surprise attack, while assisting the U.S. and the South Korean Forces retreating from the battle zone from Feb. 12, 1951. As night fell, the Chinese Communist Army disguised themselves as South Korean soldiers and made a surprise attack on the battalion headquarters. This attack killed the battalion commander and paralyzed battalion command functions. However, after the heavy weapon company commander took over the command, the battalion was able to engage in the battle with the infiltrated enemy and successfully retreated to Wonju by the dawn of Feb. 13. 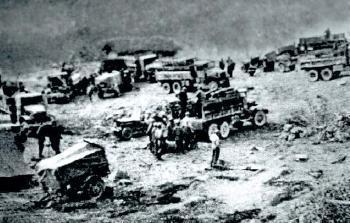 An outpost arsenal of the Netherlands’ troops
During the Battle of Inje from May 30, 1951, the Netherlands Battalion fought against a North Korean attack while securing Hill 548 located about 2 kilometers east of Inje. After the Chinese Communist 2nd Spring Offensive failed, the North Koreans attacked the hill to stop the U.N. Armed Forces counteroffensive. After losing the hill to the enemy, the Netherlands Battalion recaptured it by launching an attack from both flanks with the battalion’s reserve company. As a result, Inje, a strategic point for future operations, was secured.

A total of 120 Dutch soldiers were killed in action during the Korean War. (hayney@heraldm.com)
List