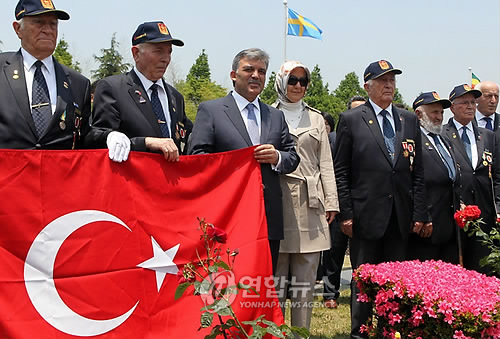 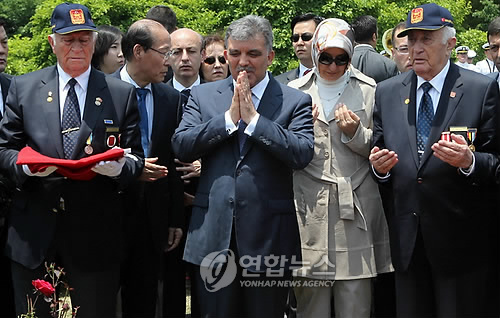 Turkish President Abdullah Gul (3-L) pays tribute to Turkish soldiers who died during the Korean War (1950-53) at the UN Cemetery in Busan, where the bodies of 462 Turkish wardeads are buried, South Korea, on 16 June 2010. EPA/YONHAP NEWS AGENCY