Turkey was one of the few countries which dispatched brigade-level units to the Korean War.

It sent 4,500 troops, together with engineering, transportation and medical units to the Korean Peninsula, immediately upon the U.N. resolution of military support for Korea.

The Turkish Brigade was able to conduct its own independent operations, acting as a major support for the U.S. divisions. 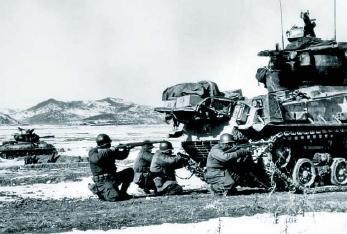 The damages which they inflicted on the enemy, however, neared ten times the sum.

The Turkish army’s contribution was the most conspicuous in a battle following the second phase of the Chinese attack in November 1950, in which most soldiers fought to the last, refusing to be imprisoned.

The brigade members, however, experienced communication difficulties when cooperating with U.S. forces, especially in urgent battle situations. The losses they suffered were partly due to the slow communication and inaccurate interpretation.

In the year after the cease-fire agreement was signed, the Turkey Brigade returned home except for one company, which stayed until 1966.

The U.K. dispatched the second largest number of troops to the war-stricken Korean Peninsula, even before the U.N. forces were established.

The country also sent out in 1950 an aircraft carrier, two cruisers, two destroyers and three frigates to help the U.S. naval operations in the East Sea. Later, 17,000 navy soldiers and 50 warships were added to the list.

Upon arriving in Korea, the U.K. Brigade was immediately committed to the major battle of the Nakdong Bulge.

The British greatly contributed to safekeeping the Seolmari area, though it suffered many casualties, when the Korean defense line broke down under the attack on April 22, 1951.

Also, the number of battles they fought during the war was one of the highest among the participating countries. 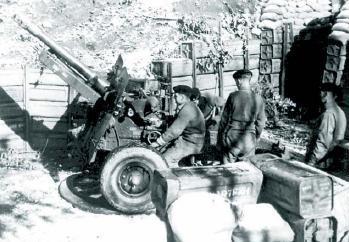 As more British troops were added in July 1951, the units were combined into the 1st Commonwealth Division, composed of the U.K., Australia, Canada, New Zealand, Belgium and Luxembourg.

This combined army format was unique in the world’s military history.

After the cease-fire agreement, the U.K. naval force withdrew gradually with the last unit leaving in March 1955. Its ground troops withdrew in 1954-1957.

The U.S. forces made the biggest contribution during the Korean War. Its military was several times bigger than those of the other U.N. allied nations combined.

It sent a total of nine divisions, including the 24th Division, the First Armored Division and the First Marine Division to the battlefields along with a host of supporting units. It dispatched 1,789,000 soldiers, and 36,940 of them were killed in action with 92,134 wounded in action, according to government data.

In 1952 when the number of the U.N. forces reached its highest level, 50 percent of the ground troops were the South Korean forces while 40 percent and 10 percent were U.S. forces and the forces of other U.N. member nations. 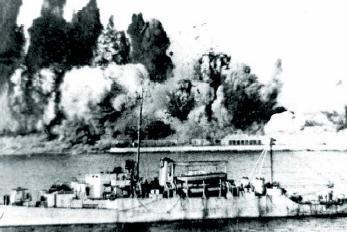 A U.S. warship destroys the Wonsan Station. All photos provided by the U.N. Memorial Cemetery in Korea

After the U.N. Command was established on July 7, 1950, it was led by a U.S. commander. Douglas MacArthur was appointed as the first commander of the U.N. forces. He was later replaced by another U.S. commander, Matthew Ridgway.

During the war, the U.S. navy played an important role in making things favorable for the U.N. forces with diverse military activities. Its role was particularly of great importance in the Incheon Landing Operation and Heungnam Withdrawal Operation.

As for the U.S. Air Force, the 5th Air Force and the Strategic Bombing Command under the command of the Far East Air Force operated air strikes on the communist forces, and executed close air support operations to help the U.N. ground troops.

The Incheon Landing Operation, which began on Sept. 15, 1950, and ended around Sept. 17, was one of the most crucial U.S.-led operations that tipped the scale to the advantage of the U.N. forces.

The operation was designed to cut off the North Koreans’ supplies and communications, and trap them between the troops landing in the western port city and the friendly units in Busan. This operation made the allied troops, which had been on the defensive from the beginning of the war, become offensive in their tactics.